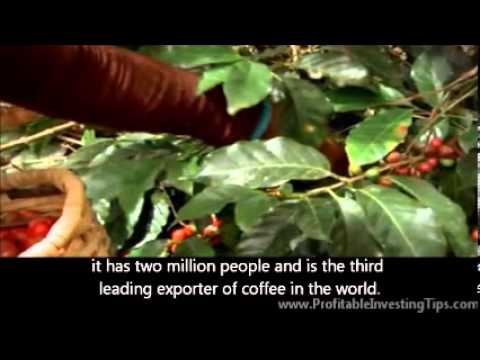 Invest in Colombia and the Peso

If ever the famous Baron Rothschild “blood in the streets” quotation about investing were to apply in the later 20 th and early 21 st century, it would apply in Colombia. Colombia is emerging from a three generation long period of civil strife. The civil war in Colombia began in the 1950’s. Rebels demanded land reform and the return of confiscated property to poor farmers. In more recent years surviving rebel groups had been linked to cocaine trafficking and kidnapping. In the last decade or so rebels have been largely driven from the cities and peace talks have started. It could be that the time has come to invest in Colombia and the peso. Here we look at four general investment opportunities in Colombia. And, we note that during 2012 the Colombian peso outperformed all other currencies versus the US dollar. As we noted in our article, Three Good Offshore Investment Ideas, Colombia may be a good place to look.

The nation of Colombia has 46 million people. It exports flowers, emeralds, coal, and oil. Colombia is famous for its Arabica coffee, some of the best in the world. And, tourism is returning to Colombia. The first beneficiaries of this trend are the old colonial cities on the Caribbean coast of Colombia. To invest in Colombia and the peso with tourism in mind think of Cartagena, Santa Marta, and the island of San Andres. Cartagena and Santa Marta were colonial cities of the Spanish Empire. Today these cities offer great beaches, cheap accommodations, and lots of warmth and sun. San Andres is Caribbean Island with the same attractions.

The capital city of Colombia is Bogotá. Its economy makes up a forth of the total for the nation. Bogotá is one of the largest industrial centers in Latin America. This is not a resort city. It is a place to do business when you invest in Colombia and the peso.

The Cafetero is the coffee growing district of Colombia. West of the Andes, it includes the cities of Pereira, Armenia, Manizales, and Medellín. Although the Cafetero is only one percent of Colombia land mass it has two million people and is the third leading exporter of coffee in the world. Cities like Pereira are located at an elevation of around 3000 feet. This is the Latin American land of eternal spring where daytime highs range in the 80’s and nighttime lows in the sixties year round. This area offers business opportunities and is becoming a destination for North American retirees. A city like Manizales is a good place to look if you want to invest in Colombia and the peso.

The Northwestern part of the Amazon River Basin is in Colombia. This is wild area full of natural resources and the last area to be free of rebel activity. For the long term investor who wants to invest in Colombia and the peso this is a region to watch.

Invest in Colombia and the Peso

Money that you earn in Colombia does not have to leave Colombia. Foreigners can open bank accounts and hold their assets as Colombian pesos. Five years ago it took 2,400 Colombian pesos to get a dollar. That exchange rate has dropped as low as 1,600 pesos to the dollar. Investing in foreign stocks is a viable strategy with Colombia as is considering foreign real estate investments . The Colombian economy promises to grow in the near future and the peso will likely strengthen as well.

For more insights and useful information about investments and investing, visit www.ProfitableInvestingTips.com.