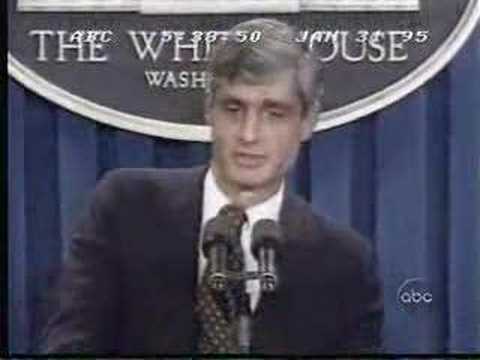 In late 1994, the Mexican government – which had been supporting the peso/US dollar exchange rate began to run out of reserves. Hot money which had poured into Mexico after NAFTA went into effect reversed and the peso rapidly depreciated. The Mexican peso crisis was one of the more prominent currency crises of the 1990s. President Clinton tried to arrange an official loan from the US but Congress balked. He then took unilateral action, both providing funds and organizing similar actions from other countries and institutions. The peso crisis was notable because of the role of the US as the major player; institutions normally involved in such matters – such as the International Monetary Fund (IMF) – were largely in the background. The episode indicates the risks for countries trying to maintain fixed exchange rates without substantial currency reserves.