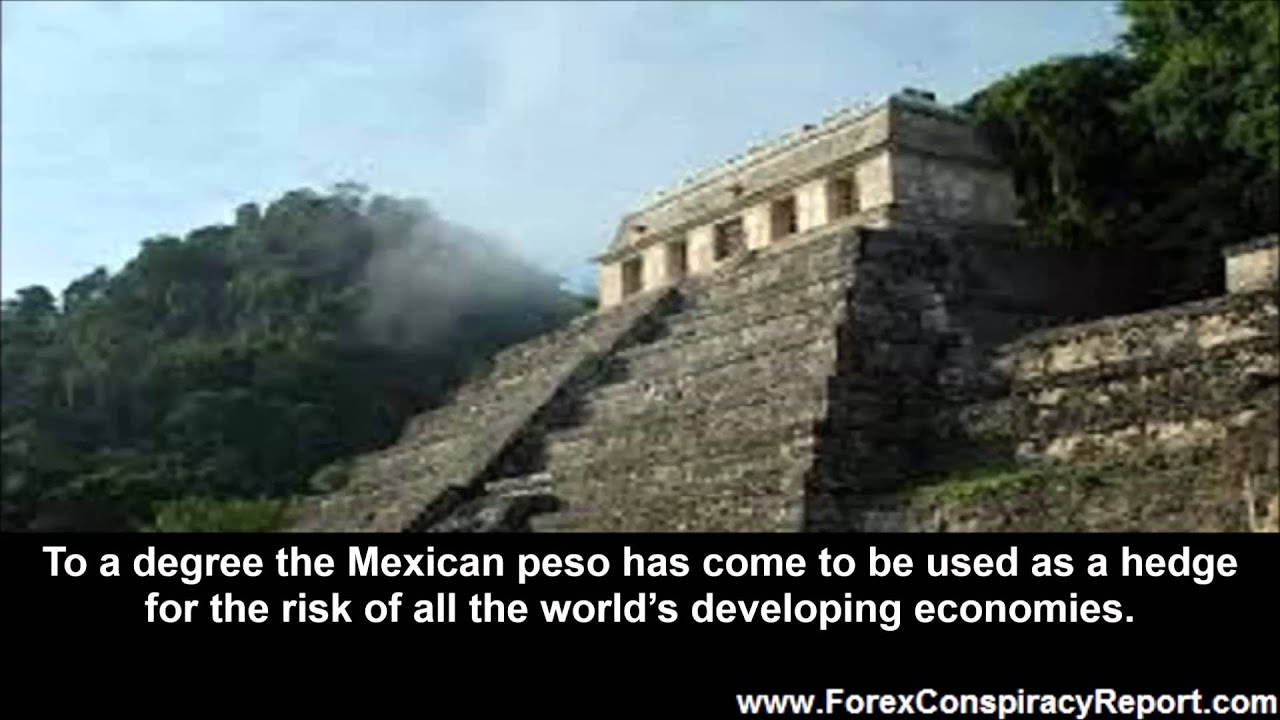 The worst performing currency in the world right now is the Mexican peso. Will the falling Mexican peso damage Mexico’s economy or help it by raising exports? As its currency falls Mexico is taking measures to stabilize the peso. Bloomberg Business reports on comments by Mexico’s finance minister.

Mexican Finance Minister Luis Videgaray told investors to expect the unexpected after this week’s unprecedented steps to save the peso from the world’s worst rout.

Surprise moves such as the ability to sell dollars in the spot market with no advance notice and raise interest rates whenever needed are a key element to counter speculators who pushed the peso to a record low this month, Videgaray said in an interview Friday. Stemming declines in the currency is key to keeping inflation expectations under control, protecting Mexico’s consumers and preserving economic growth, he said.
“We have reserves and a full set of tools on the monetary and currency side to intervene if necessary,” he said. “And that’s an important message we wanted to convey to the market. And it seems the market has listened.”

To a degree the Mexican peso has come to be used as a hedge for the risk of all the world’s developing economies. That is because the currency is perhaps the most liquid and tradable of all developing markets. The strategy taken by Mexican regulators is to make the currency less appealing to currency speculators as Mexico could intervene at any point and ruin a short term trade.

According to the CIA World Factbook Mexico has $2.2 Trillion economy and is the third largest source of imports into the USA and second largest market for US goods.

Mexico’s $2.2 trillion economy has become increasingly oriented toward manufacturing in the 22 years since the North American Free Trade Agreement (NAFTA) entered into force. Per capita income is roughly one-third that of the US; income distribution remains highly unequal.

Mexico has become the United States’ second-largest export market and third-largest source of imports. In 2014, two-way trade in goods and services exceeded $590 billion. Mexico has free trade agreements with 46 countries, putting more than 90% of trade under free trade agreements. In 2012, Mexico formally joined the Trans-Pacific Partnership negotiations and formed the Pacific Alliance with Peru, Colombia and Chile.

The currency government has made substantial strides in improving competitiveness and economic growth across the entire economy. However growth as stagnated along with the slowing of the world economy and Mexico is still plagued by corruption and the weak rule of law. A weaker peso, however, will make Mexican products more competitive in world markets and help offset the threat posed by an ever-weakening Chinese Yuan.
Trading the Mexican Peso

High volume rapid trading of the Mexican peso just became more difficult as Mexican authorities changed their approach to supporting the peso. However, the same fundamentals apply to trading the peso as to all currencies. As the economy strengthens and interest rates rise so does the currency. To the extent that competitive lowering of currencies results in a trade war, Mexico may be better positioned. As such traders may expect that Mexico will not rush to raise interest rates in the short or medium term.